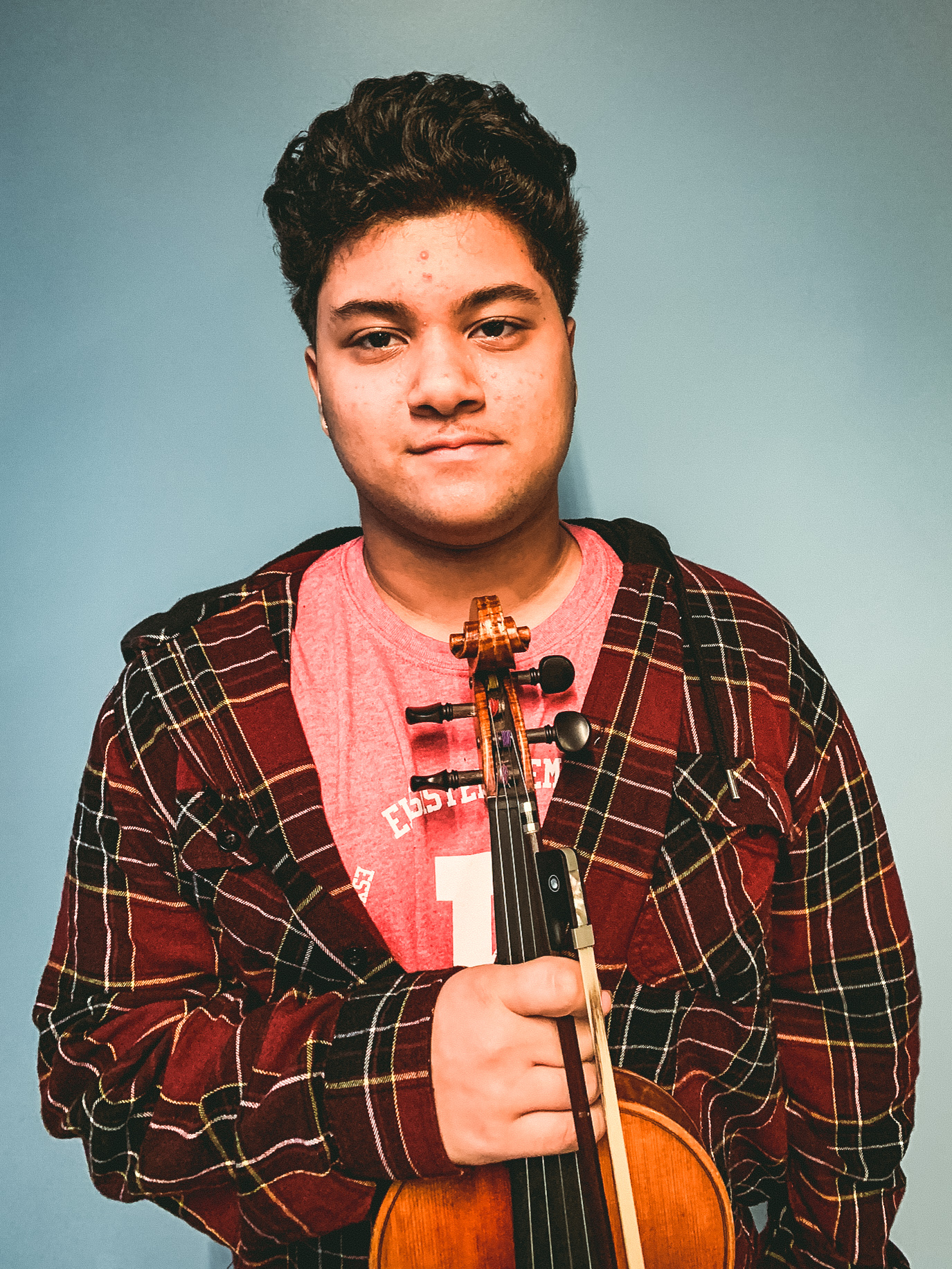 Each year, 100 of the nation’s most advanced musicians, aged 14-18, come together at Los Angeles’s Walt Disney Concert Hall to perform as part of a top-tier national youth orchestra. It is all part of the LA Philharmonic's YOLA National Festival, which spotlights exceptional talent from El Sistema-inspired programs from across the United States. Following a rigorous nationwide audition process, Schenectady High School sophomore and ESYO violist Eric Mulero will represent the Capital Region, ESYO and CHIME at the 2020 National YOLA National Festival.

"This is an incredible opportunity, hosted by the LA Philharmonic," said Becky Calos, ESYO's Executive Director. "We are incredibly proud of Eric and what he has achieved. Young musicians, like Eric, are the heart of ESYO. Bravo!" she continued.

YOLA organizers remain hopeful that despite the COVID-19 health crisis, they will be able to continue with the summer festival and offered a hearty congratulations to Eric, writing "We were very impressed by your audition materials and personal statement, and we are excited to work with you in Southern California! We know you will be an excellent ambassador for your program and community." Since Eric learned of his acceptance, he shared that he has "been bouncing off of every wall in my house!" “I’m honestly shocked that I’ve been able to make it this far after such a short amount of time. Being able to have this part of my life makes me feel as accomplished as ever,” said Eric Mulero. 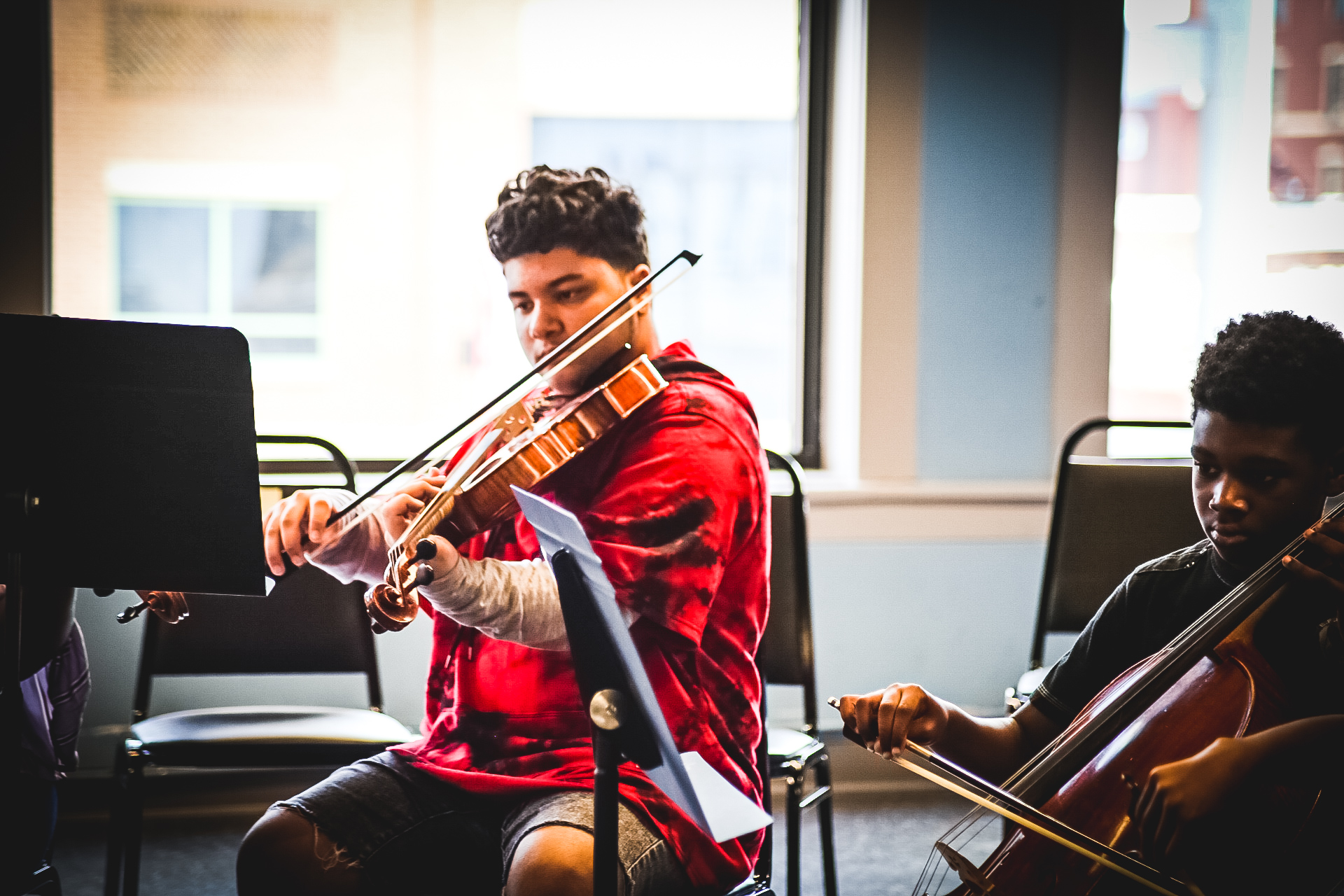 program in 8th grade and has been playing viola since 2017. "I started playing viola because I had a pretty rough time choosing between violin and cello. I was really drawn to how high the violin went, but I couldn’t bear with the size of it. It was very small. I was really drawn to the cello for its big size and deep sound. So ultimately, in the end, I looked dead straight at the name “viola” and said to myself “that’s the one I want, that instrument is the one,” said Mulero.

“My favorite part of ESYO would definitely be how much of a family it truly feels like…ESYO brings out an entirely different perspective of music and how it can bring people of different ethnicities together. It’s truly a wonderful program, no doubt,” he continued.

Since joining ESYO's CHIME program in 2017, Eric has grown as a musician and as a leader. He continues to perform with CHIME and as a member of ESYO's Repertory Orchestra. In 2019, Eric became a member of ESYO's Young Leader Program. “Eric Mulero is one of those students that always brings a smile to the faces of those in his orbit,” said Jared Shortmeier, director of ESYO’s CHIME program. “As an ESYO Young Leader, he eagerly devotes several hours a week to CHIME as a mentor and teaching assistant. Eric loves music, his instrument, and being part of multiple ensembles- he is an enthusiastic ESYO ambassador and I’m so proud we get to work with him in our program,” he continued.

Eric studies viola with ESYO teaching artist, Matthew Johnson. “I have come to know Eric in the capacity of being his private viola instructor and ESYO CHIME Ensemble teacher,” said Johnson. “Eric is a hardworking, conscientious young man, who has a beautiful innate musical gift that will serve him well throughout his musical career and endeavors. I and the entire CHIME staff are most proud of Eric, and we look forward to continuing to work with him to foster his musical journey,” he continued. 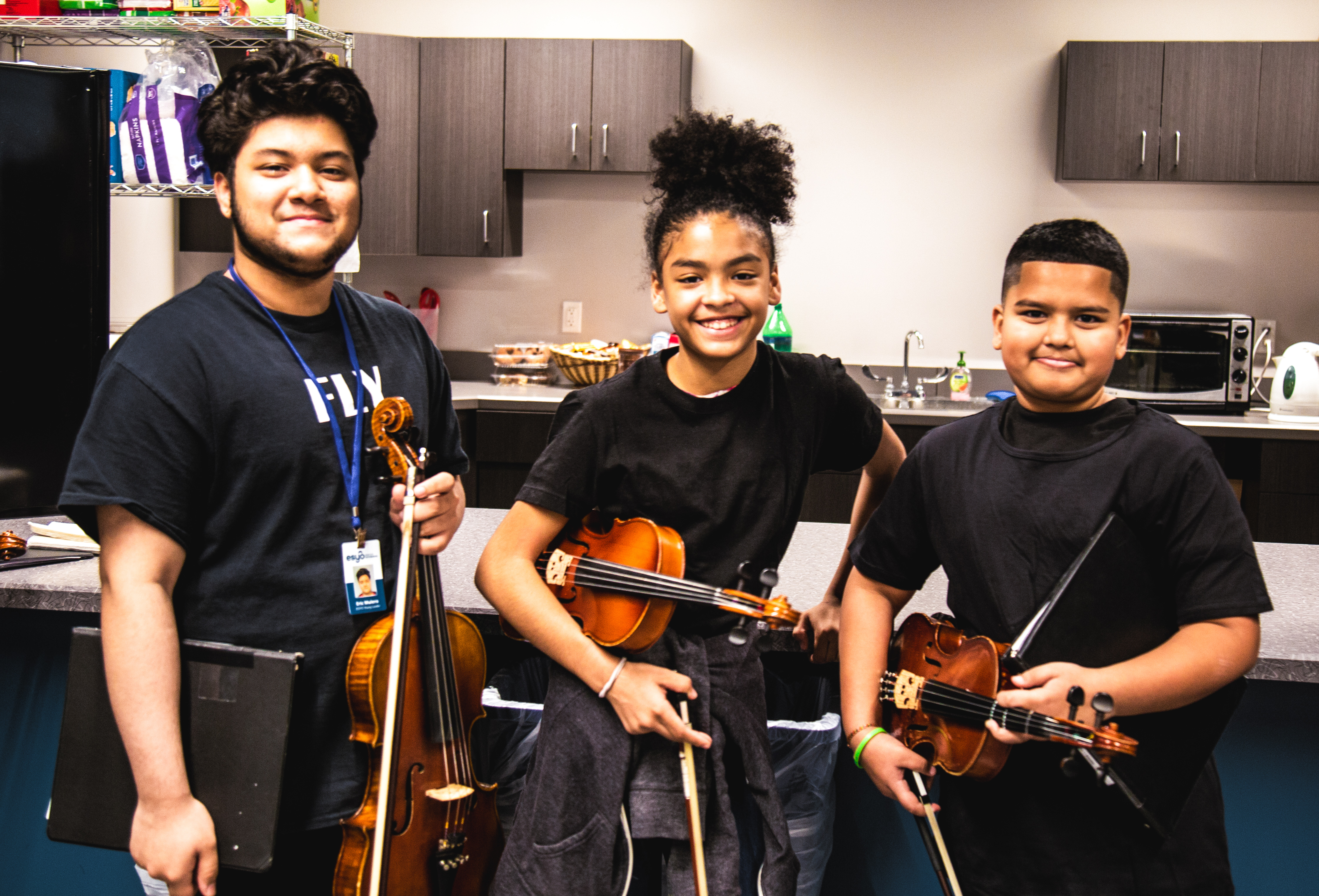 As a peer mentor in CHIME, Eric has a simple message for younger musicians. “Never give up on your goals and dreams no matter how big and/or difficult they may seem to be,” he said. “Anything in this big world of music is possible. Never give up no matter who may try to pull you down. There’s always a little music in everyone. Even if someone seems to “best” you. At the end of the day, they cannot stop you from achieving your goals. Because your goals are what keep your musical energy streaming. So keep practicing and just know, if you do not make it one year, there is always next year. Never give up.”