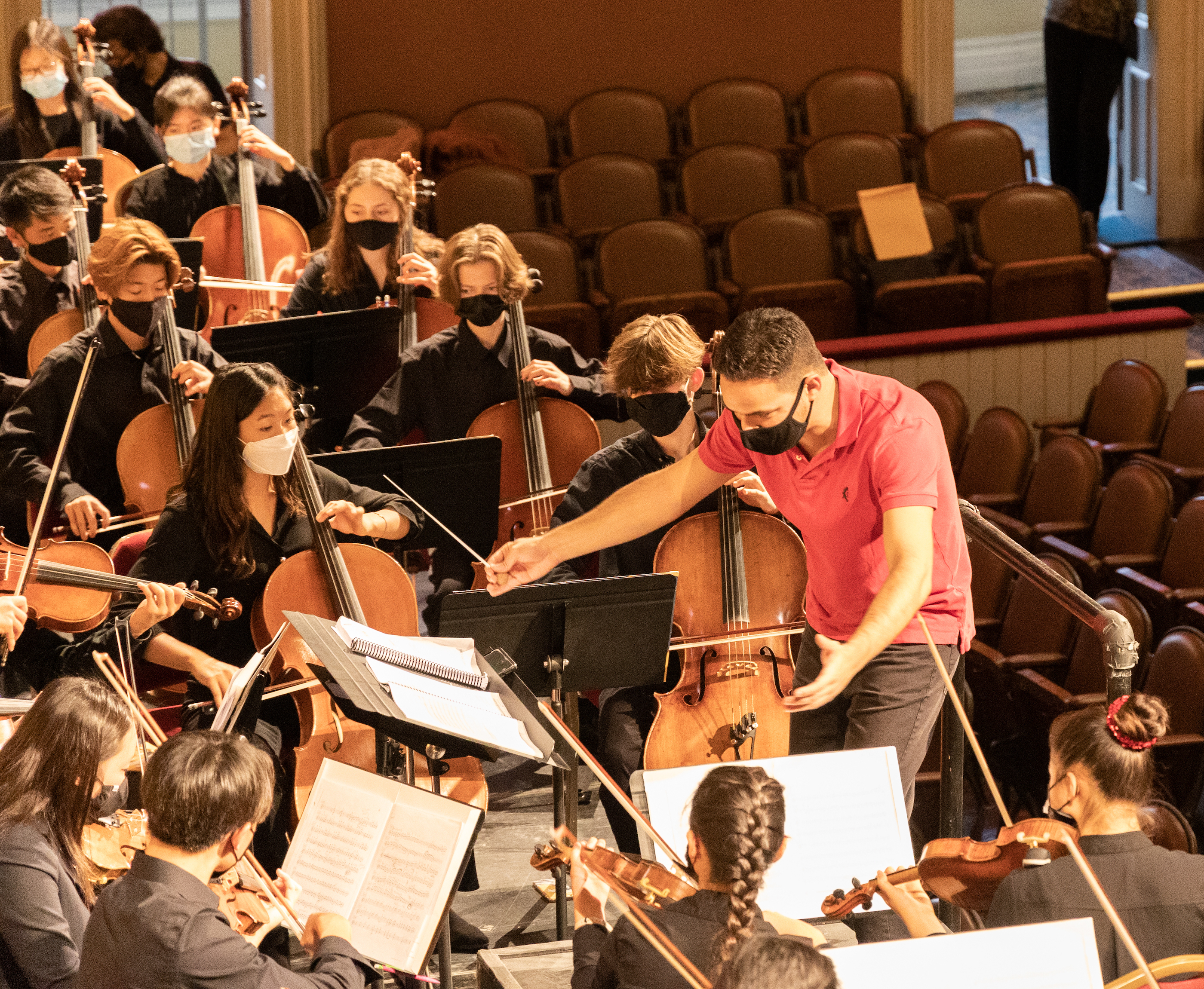 Empire State Youth Orchestra (ESYO), known regionally and nationally for nurturing the next generation of creative leaders and performers, today announced that ESYO cellist and Niskayuna High School Sophomore Eujeong Choi won the 2022 Lois Lyman Concerto Competition. Choi performed Elgar's notable Cello Concerto in E minor before a panel of judges and is scheduled to present the work in concert on Sunday, April 3, 2022, at 3:00 PM at the historic Troy Savings Bank Music Hall. Backed by the power of ESYO's flagship Symphony Orchestra and on one of the region's most famous stages, this concert marks a consequential moment in Choi's young career and her first solo engagement with the youth orchestra. Accompanying Eujeong in the number two spot is her 1st stand partner and fellow ESYO cellist, Trey Coughlin.

"The annual competition is named in memory of Lois Lyman, a longtime music teacher and one of the founders of ESYO," said Rebecca Calos, ESYO Executive Director.  "The competition is rigorous, and we are incredibly proud of Eujeong and Trey's passion and artistic mastery." she continued.

"The most challenging aspect of this concerto competition is knowing how talented your fellow competitors are," said Choi, "Throughout this process, I learned that the journey matters more than the results. As long as I was able to improve and grow while preparing for this competition, I would be happy with whatever the results were," she continued. 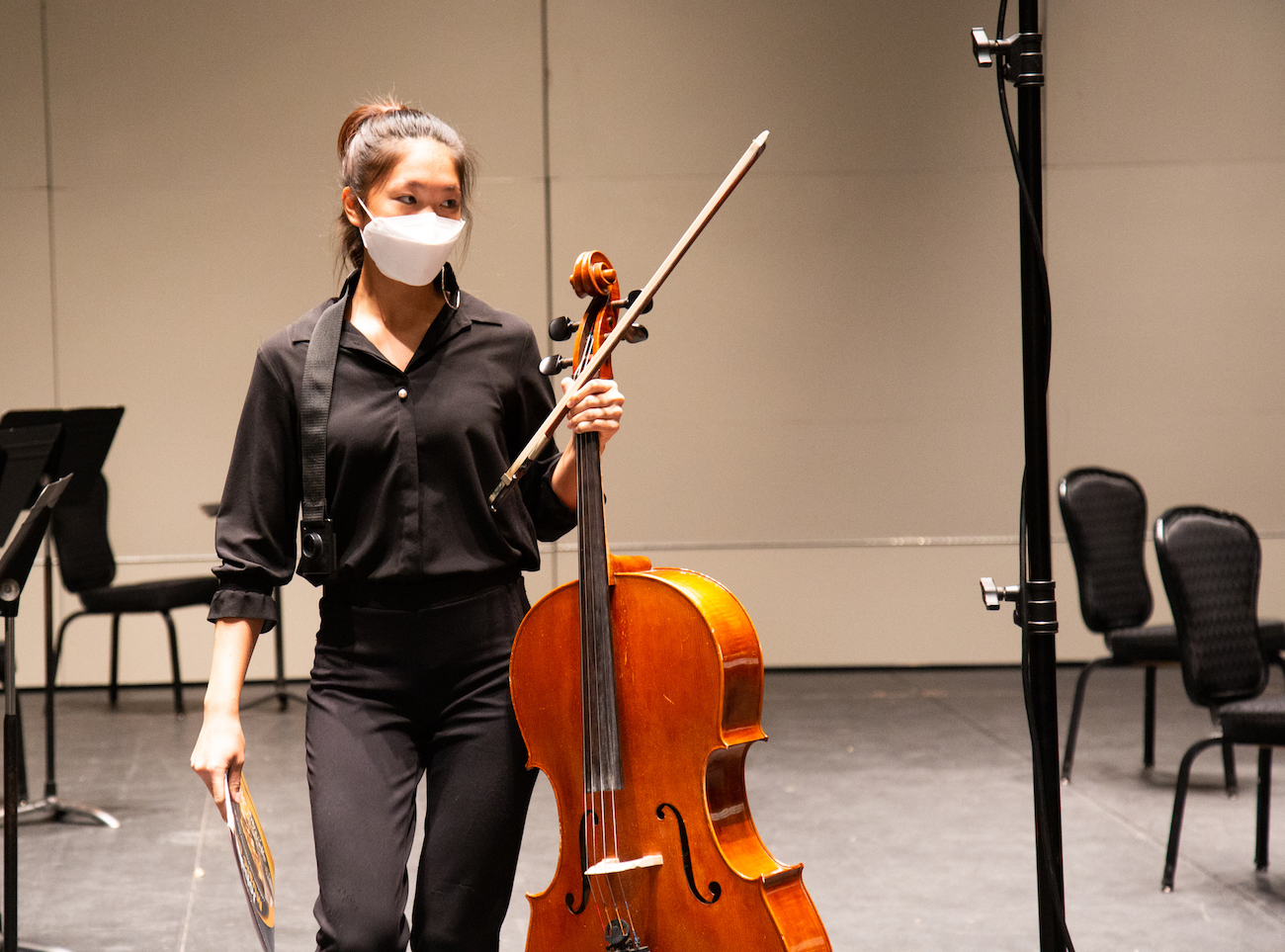 Originally from California, Choi began playing cello in 4th grade after trying a few other instruments, including the piano, oboe, and flute. After moving from San Jose, CA, to Niskayuna, Choi began seriously dedicating her time to her cello, having won the Niskayuna Friends of Music Scholarship in 8th grade and the Niskayuna Concert Competition the following year. She also placed second in the prestigious Uel Wade Music Scholarship Competition and won the New York International Classical Music Competition.

Inspired by the ESYO Alumni and Chicago Assistant Principal Cellist Ken Olsen's 2019 ESYO guest appearance, Eujeong Choi credits his vivid and emotional performance as the reason she learned to play the Elgar Cello Concerto with an orchestra.  Eujeong's family was overjoyed and honored when they heard she won the competition. "It was a challenging piece," said Eujeong's father, Youngsuk Choi. "We know how hard she tried not only to play it well but also to understand the Concerto and the composer’s experience with loss and grief," he continued.

Trey Coughlin, a junior at Colonie Central High School,  also selected a Cello Concerto in E minor for the competition.  But, his pick was the Cello Concerto No. 2 by Tin Pan Alley songster Victor Herbert.  "I first heard it on the car radio a few years ago and really liked how it sounded," said Coughlin.  "This past summer, my private teacher, Wendy Sutter, asked me what concerto I'd like to work on, so I suggested the Herbert. The concerto also inspired Dvorak to write his B minor cello concerto, which I hope to perform someday," he continued.

Trey began playing cello 8 years ago in his school program.  After joining Empire State Youth Orchestra in 2016, Trey participated in the College  of St. Rose pre-College experience and Bard College's preparatory music program.  Trey also participated in the Curtis Young Artists Summer Program and was nominated as WMHT's Classical Student Musician of the Month.  For many ESYO musicians like Trey, the Lois Lyman Concerto Competition is a place to turn practice into mastery and mastery into artistry.  It also teaches important lessons and skills that transcend the rehearsal room and concert hall.

"Every year I learn something new from going through this process, and this year it is centered around practice efficiency," said Coughlin. "With a heavy course load and the search for colleges, it's been tough finding time to practice. To make up for that, I've worked on practicing more efficiently. Twenty minutes of really concentrated practice can be just as good as two hours of "zoned out" practice," he continued.  Trey admits that staying mindful is tricky, especially late at night when he is trying to squeeze in some practice time, but he saw improvement while practicing for the competition.  "The best part is that skill can translate over to other parts of my life, whether that's studying or even taking timed tests under pressure. Being mindful saves a lot of time.”